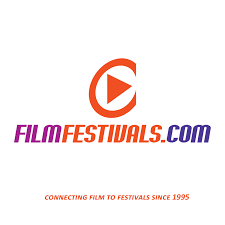 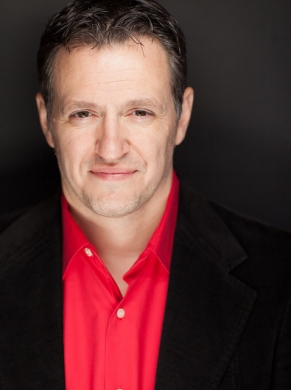 Actor, writer, producer Tom Malloy’s production company, Trick Candle Productions, include films he starred in such as psychological thriller ‘The Alphabet Killer’ (2008) directed by Rob Schmidt (Wrong Turn, Crime & Punishment in Suburbia); ‘Love N’ Dancing’ (2009) by Rob Iscove (She’s All That); ‘Ashley’ (2013) by Dean Ronalds; ‘Hero of the Underworld’ (2016) by John Vincent; and a thriller by Mary Lambert called ‘The Attic’ (2007), starring John Savage, Malloy, and Elisabeth Moss. As an actor, Tom has also appeared in principle roles on Law & Order SVU, Third Watch, Kidnapped, The Seige (with Denzel Washington) and Anger Management. Tom now is the President of the finance/distribution/sales company Glasshouse Entertainment and annually attends international film markets such as Cannes, Berlin and AFM.

In an interview with Tom at the 72nd Cannes Film Festival, here is what he had to say:

How did you get your start in the film biz and did you know you always wanted to do sales?

TOM: I started as an actor back in 1998 then moved on to writing and producing. I felt I was one of the trailblazers in the world of “multi-hyphenates.” Along the way, I became very good at raising money and wrote the book BANKROLL, which became the gold standard book on film financing. In a way, though, it’s all sales. In every aspect of the film industry, you’re selling yourself primarily.

Can you explain the function of the film market (AFM, Cannes, Berlin) for people who don’t know?

TOM: The easiest way to describe the markets is to compare them to a trade show. Our company sets up a booth, and we display all the films we have in our catalog. We pre-set meetings with buyers, those buyers come to our booth and we pitch them on purchasing the film for their specific international territory.

Can you tell us about the history of Glasshouse Distribution and how it came into business?

TOM: The funny story is that my initial partner, Bryan Glass, read my book BANKROLL and emailed me about working together on a project. Here’s the crazy part… his email went to SPAM! Thankfully I was searching for another email maybe two or three days later and found his there. Since then, I always check my spam folder once every week or so. Bryan had figured out distribution to be a safer bet than production (which it is), and we decided to partner in regards to the company. It started with me and him, and now there’s 7 people in the company, 3 years later. Marco Gomez jumped on as our CFO in September 2018, and that elevated the company to a new status.

Can you name some of the titles the company is most proud of having worked on?

TOM: One of our current titles, ‘DriverX’, is a really great film. We partnered with IFC on this Sundance Select, and we sell international. Also, we had a film that started as a comedy web series called Dropping the Soap. We released the series on VOD in the US. What’s great is that the show eventually went on to win the EMMY for Best Actress in a web series, comedy, for star Jane Lynch!

What does Glasshouse look for when considering acquiring?

TOM: It always starts with cast, because that’s what the buyers are looking for. After that, it’s genre, action/horror/sci fi. Then we also look at family and faith based films. An edgy, no name drama is very tough to sell anywhere these days.

What are the many things Glasshouse can do when working on a film? (i.e. help make offer for talent and distribution, etc.)

TOM: We could get involved at any point! With Glass House, there’s a distinct advantage, because it’s made up of film producers. Between myself, Rob, and Michelle, we have 57 projects produced (according to IMDB). So we can come in to help with casting, setting up deals, gap financing, or LOIs for distribution.

Many producers think they can handle distribution alone. Why should a producer use a sales agent?

TOM: I think self distribution is a BIG mistake unless the film/filmmakers have a significant (huge) database of people they can market to. Other than that, it’s always better to get a US distributor, just from a prestige and ability perspective. And as for international sales, if you think you can take a film to a market and do it yourself, you’re wrong. We’ve been building relationships for years. We took 108 buyer meetings at Cannes… and it’s still tough!

Does Netflix and all the digital platforms out there threaten the business of sales agents in the future?

TOM: I think Netflix was very strong in their original content market. As for acquisitions, they are just another player. They don’t pay much for indies. There will always be platforms looking for content.

Was the Cannes market a good one for Glasshouse?

TOM: Well, with the 108+ buyer meetings, it was definitely busy! On some deals, the verdict is still out. But me and my team (who are awesome) work incredibly hard, and also know how to have fun. We’ve been called over and over the “fun” sales agents. We don’t take things too seriously, but we still work non stop.

What are some new projects Glasshouse will be working on?

TOM: We just hired a TV veteran, Michael Tapia, to run our TV department, so we’ll be attacking the TV markets. We’re also very excited about our new acquisition Gutterbug, which is like a Trainspotting, but with even better performances. And finally, Glass House did their own in-house production on a film called Trauma Therapy, and we just completed that. We’re excited to see how it does!