Dropping the Soap Wins the Emmy 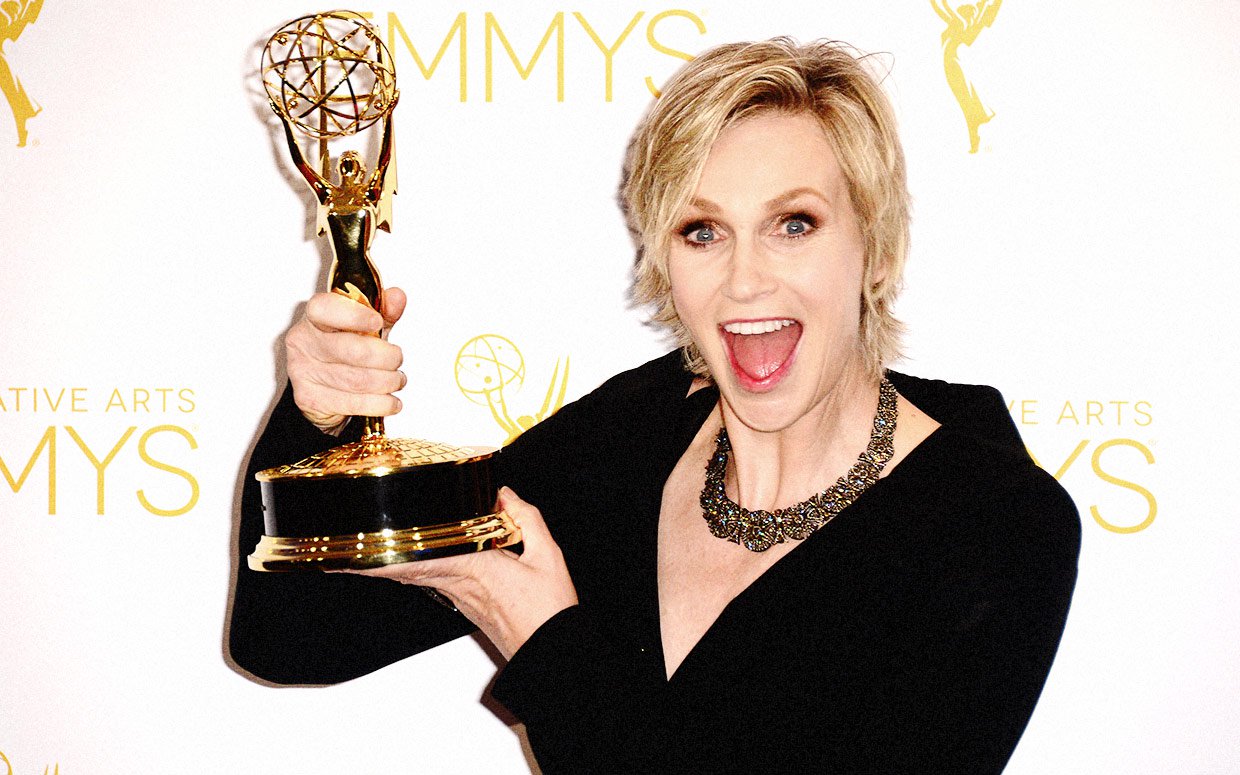 “We did it fast and funny and furiously,” Lynch says of her Emmy nomination for ‘Dropping the Soap.’

Jane Lynch is no stranger to the Emmy Awards, having been nominated nine times, winning thrice and even hosting once. Yet the news of her nomination for outstanding actress in a short form comedy series, for her role in Amazon’s Dropping in the Soap, still came as a surprise. “It was a delightful one,” she says.

“There’s a lot of joy [in the room],” Lynch said about the Emmys when she stopped by The Hollywood Reporter offices to chat about the web series that she also executive produced. “It’s a one of those rare opportunities to get invited. It’s the best of the best.”

When asked who she’d like to sit next to at the ceremony, Lynch immediately called dibs on Veep star and fellow nominee Julie Louis-Dreyfus and explained they need to “trade comments on everything happening.”

Lynch also recalls that the best Emmy party she’s ever been to was the “Loser’s Ball” thrown by Jon Hamm and Amy Poehler: “That was a blast. You could not have gone if you won, it wasn’t allowed.”

Watch the full interview in the video above.