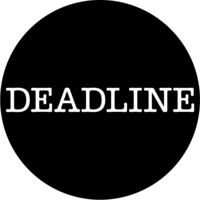 The film is scheduled for release on digital and DVD on August 11. 2020. The partnership between Cinedigm and Glass House Distribution includes the release of comedy Canadian Strain and thriller Saviors, both set for release in September.

Gutterbug stars Andrew Yackel (Mindhunter), Pietropaolo (Masters), and Hannah Mosqueda (James Patterson’s Murder Is Forever) in a counterculture examination of a young man grappling with homelessness and mental health within his drug-fueled reality. On his 21st birthday, Bug (Yackel) decides it is time to find his way home.

The film’s awards include the Grand Jury Award from the Dances With Films Festival and the Audience Award and Jury Prize at the Woods Hole Film Festival.

“Gutterbug is a compelling film from start to finish. All the performances are spot on, and from the first time we screened the film, we knew it was something special,” says Tom Malloy, President of Glass House Distribution.

“The initial slate from Glass House Distribution is raw and timely,” said Josh Thomashow, Cinedigm’s director of acquisitions. “Cinedigm is thrilled with the new partnership and we look forward to working with the team at Glass House on many more releases.”

The deal was negotiated by Thomashow, for Cinedigm and Malloy for Glass House Distribution.